Curtain fabric IDEAS for your home

But after many years have passed since the discovery of the textile industry, especially at the end of the 18th century, a very great development took place in the field of the textile industry when the scientist Edmund Cartwright began to make the first automatic loom that mankind saw, and this automatic loom provides higher productivity than the usual loom. It has its time that the manual loom is, and in a very short time

1. Types of fabrics from which curtains are made

The types of fabrics curtains are made from in the markets vary, so every person is looking for a particular Zouk and every man and woman who wants to get married is looking for anything new in the fashion world.

To be suitable for an elegant and attractive decor, especially for curtains, when buying it, it is necessary to follow some tips that we will learn about in this article.

You will know the best types of curtain fabrics before you buy:

Are you about to redecorate your home? Or maybe you have a new home and need to choose suitable curtains for decor and furniture, different from many.

The types are (cotton-chiffon-velor-silk-organza-linen and others … etc). You don’t have to choose anything that suits your needs taking into account your budget and the decoration and furniture.

It is a simple and comfortable soft fabric of healthier quality and it can be easily washed in hot and cold water without being affected by bleach during washing. This will make the colors duller while maintaining the colors without sacrificing quality. They are suitable for living rooms and kitchens.

It is considered one of the distinctive and practical fabrics, as it is characterized by the softness of the fabric and the cotton fabric.

Chiffon curtains are one of the types of light curtains. They have many models and designs. They can be chosen for more than one room in your home and add a sparkling touch to your home decor. There are many colors and different materials.

There is no doubt that chiffon curtains are among the most elegant and thinner fabrics, and there is a type with a lot of patterns and embroidery. In any case, you need to choose the shapes of the curtains that are compatible with the home decor. Chiffon curtains are sheer fabrics of various colors that are more likely to be used alone or over the blackout and are usually used in modern curtains.

Plush fabric is thick, soft, and rich, adding more and more elegance to the place. It is considered to be one of the most beautiful fabrics used in all countries in the world for the manufacture of curtains.

This type of fabric is characterized by luxury, beauty and difference from other types of fabric. The reason for the difference and the distinction between these fabrics lies in their charming appearance.

It enhances the beauty of the decoration and the elegant quality of the fabrics is suitable for all kinds of decor, it gives an elegant and attractive appearance, and its advantage is that its fashion never ends.

After years of minimalism with simple curtain solutions, lush fabric curtains are becoming an important element in modern interior design. Let yourself be inspired by the large selection of beautiful velor curtains from Pagunette.

The silk fabric is soft and delicate. If you use it, be careful with it so that it doesn’t get cut. Silk is available in many different shapes and bright colors and gives you an elegant and very pleasant look.

Silk curtains are used in guest rooms and large salons as they give elegance and a very nice classic character.

Silk curtains usually accompany the chiffon behind them, especially if they are decorated with a classic design, as this combination of silk and chiffon brings the space to a high level of sophistication and luxury.

It’s a shiny, transparent fabric that gives the place a wonderful look. With solid colors, it is preferred to use in salon rooms. Organza curtains are similar to chiffon curtains, but are thicker and have a distinctive sheen that makes them more luxurious. Hence, this type of curtain can be used in guest rooms.

Linen is popular for its use in modern decorative designs. Linen fabric is made from the fibers of the flax plant, its fibers are 15-100 cm long and it is considered to be one of the strongest natural threads as linen fabric is one of the strongest and most beautiful types of natural fibers and it is one of the oldest types of fabrics as its Production more than goes back to prehistoric times 7000 years ago, the ancient Egyptians were considered the first

who cultivated flax and used it for their religious rituals and for the burial of the dead. The Greeks also used linen, and in the Middle Ages, clothes made of linen were used only by the nobility and high classes, it is one of the fabrics that has modern and renewable colors and is heavy on chiffon and satin. It is washed in an easy way. One of its drawbacks is the need to iron every time it is washed with it 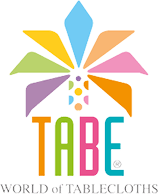 VIEW ALL BRANDS
Newer How to choose curtains for your home?
Back to list

All according to your wishes.